My girlfriend and I spent 60 days in Vietnam over the months of February and March 2018. It was an amazing experience to be part of a different culture. We traveled a good portion of the country but there is a lot we still had to see but couldn’t. From the mountains of Ha Long Bay to the rice fields in the south, Vietnam has many different terrains and landscapes. We were lucky to have the opportunity to see the majority of the country. We started in Nha Trang then flew to Hanoi in the North, from there we bussed to Sapa near the Vietnamese and Chinese Boarder. We then went to beautiful Ha long bay where we took a two day cruise. We then took a bus to Ninh Binh Province where we stayed in Tam Coc for two days. Ninh Binh is known to be the Ha Long Bay on land. It was a gorgeous landscape of flat rice fields and huge mountains. We saw beautiful pagodas that were carved into the mountain side. After motorcycling around for two days in the beautiful province of Ninh Binh we took the overnight train to Hue. The next morning when we arrived in Hue we motorcycled down through Da Nang to Hoi An. This was my first time riding a motorcycle for a long distance trip. I learnt how to ride it pretty fast. We took the coastal route all the way down to Hoi An. The coast between Hue and Da Nang was the most beautiful landscapes I saw on the trip. To our left there was the blue endless Pacific Ocean, to our right was huge mountains covered in green jungle. We drove to the peak of the mountains to get a better view of the landscape. In Da Nang on a tiny island in the ocean was a huge white statue of Budha. We stayed three days in Hoi An. It is a beautiful quiet city compared to other cities in Vietnam. Every street had a custom tailor or shoe maker shop. Hoi An is known for the custom clothing, bags, and shoes that they make. In Hoi An we met an amazing Australian couple who had been travelling for a year! They started in Europe and made their way to Asia. That is my goal to travel non stop. The morning we left Hoi An I saw one of the most picturesque views. As the sun rose in the horizon and the mist came in over the rice fields, a water buffalo was grazing in the rice fields, on one antler was a white bird sitting and taking in the view and on the back of the buffalo a farmer sat with his rice hat and a piece of hay in his mouth. This moment will always be in my mind. Our goal now was to make it to the island of Phu Quoc. It is a small island off the coast of Cambodia but is part of Vietnam. I have never been anywhere tropical in my life so I wanted to spend a good chunk of time there. We took a train from Da Nang to Nha Trang. My girlfriend and I had 5 days in Nha Trang until we would fly to Phu Quoc. Back in Hoi An someone we met told us about the waterfalls in Dalat and I hadn’t been to a waterfall at that point, so we rented a motorcycle and started our journey to Da Lat. It took us 6 hours to drive from Nha Trang to Da Lat. I hadn’t really driven through curved roads on the mountain side before with a motorcycle, which took abit of getting use to. We didn’t know that we had to drive through mountains to get to Da Lat so we were dressed for summer and not the cold. I definitely recommend brining warmer clothes if you plan on driving through those mountains. Da Lat was an awesome city. I felt in a couple of ways that it was very westernized in the style of their newer architectural structures. My favourite food on the trip was Banh- My and Da Lat had some of the best Banh – My that I ever had. Also Da Lat had the one of the biggest night markets I have ever seen. The next day we set out for Pongour Falls. The waterfalls were huge! Later that day we set out for Mui Ne. Mui Ne had beautiful beaches and huge sand dunes! Beside our hostel was a little restaurant which had the best steak for $3! On the fourth day we drove 8 hours back to Nha Trang. It was finally time to fly to Phu Quoc. There was a lay over in Ho Chi Minh city but from there we flew to Phu Quoc. I highly recommend visiting Phu Quoc. Its a small island which you can drive around the whole thing in a day. It has beautiful white sand beaches, warm light blue oceans and palm trees. It was paradise. The best pancakes ever were from Phu Quoc. (The restaurant is Happy An’s) I am Canadian and I can say those were better pancakes then ones made in Canada. (Pretty sure pancakes are Canadian?) In Phu Quoc we took a day boat to smaller islands an hour away. We snorkelled in the the coral reefs. The water was so blue and clear. I honestly just wanted to live on one of those islands. I recommend going on the coral reef boat excursions if you’re in Phu Quoc. The end of our trip was coming close. We flew back to Ho Chi Minh city where we spent our last week. Ho Chi Minh is definitely the biggest and the most condensed city I had ever been too. I hope you enjoy my film of my experiences in Vietnam. Song: Lagoon – J.A.K Instagram: thisisartproductions 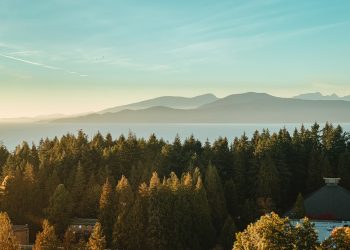 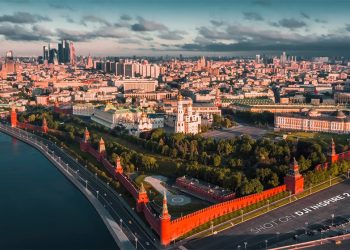